Misha had worms, her coat was in very bad condition, she had a number of scars and every time she stretched or got up after sleeping she would ‘crack’. 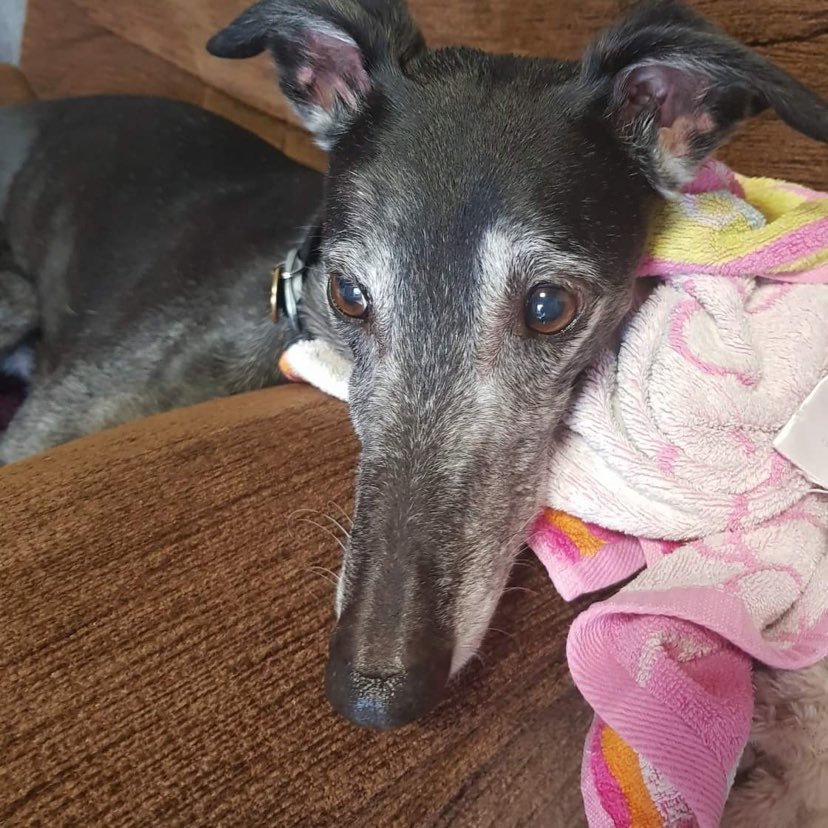 When Misha was first brought home she was very scared of men and extremely scared of anyone holding a stick – she would position herself so I was between her and the stick. It took about 6 months for her to be comfortable around men she didn’t know.

Over the years Misha’s health in general was good but this all changed in 2017 when she was diagnosed with a sarcoma above her eye.  Misha was subsequently diagnosed with 4 more sarcomas, had them removed and received radiotherapy on two areas.

For the last few years of her life Misha suffered from arthritis and this impacted on her exercise and ability to get in and out of the car. Towards the end of her life Misha could only cope with a short walk of less than 5 minutes. Misha was on painkillers, anti-inflammatory medication and supplements to ease the symptoms and discomfort from her arthritis. 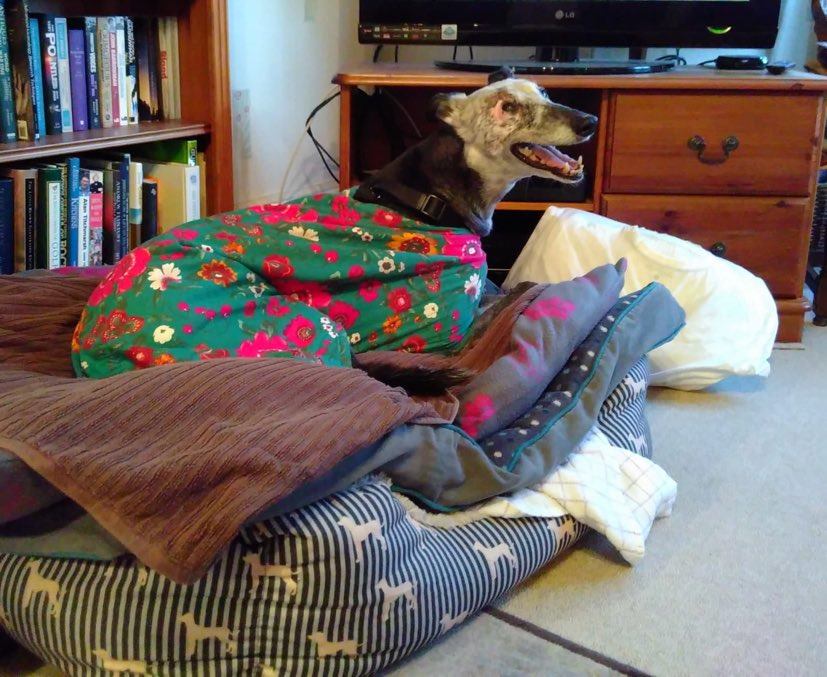 Lovely Misha. A true warrior and such a gentle soul. These hounds should be allowed to just be, a right other breeds get by default. Just because they’re fast does not give us the right to exploit them. RIP Misha. x

Find us on social