Pippa has always been simply a big friendly greyhound girl. She has no expectations from life, she isn’t bothered about her place in the family hierarchy and she thrives on a simple routine. Officially named Dacent Alma, Pippa was owned by a syndicate and ran sixty-eight races at (the soon to be demolished) Belle Vue race track. At the age of 3 ¾, Pippa was discarded into rescue by her award-winning trainer, complete with bald patches, scars from pressure sores, bad teeth and ticks.

Pippa’s story initially seemed very typical of your average greyhound leaving the racing industry, but the closer we looked into her past, the greater the implications became.

Pippa was born in Ireland October 2009, presumably at the Dacent Kennels, one of a litter of five. However, her grandfather was a very famous Australian Greyhound named Bombastic Shiraz who was prolifically bred from (often via straws) once his racing days were over, but was later lucky enough to live out the remainder of his natural life as a companion dog with his trainer‘s family.

His son, Pippa’s father, Bit Chili, was also a well-known and profusely bred greyhound but we were informed that, sadly, he was sent to China for breeding where he eventually died. On further investigation, we discovered that Pippa has half siblings across the globe, including the late Lucy of Busselton Greyhound Awareness in Australia and a number of Greyhounds rescued from the Macau Canidrome. Thus is the nature of greyhound mass breeding.

We adopted a greyhound girl who had not been raced, Rio, along with Pippa. Rio had been cruelly treated in her former life yet she found her niche and adapted to home life far quicker than Pippa who seemed bound by habit and puzzled by spontaneous interaction and more subtle behaviours, which we attributed to her having been kennelled 23/7 with little human contact or enrichment. We didn’t want to confuse Pippa so we just allowed her to be the big friendly greyhound girl that she has always been, no pressure.

Very gradually, over the years, Pippa’s ego has developed and now she’ll throw her fluffy octopus around, scrounge for treats, perform zoomies in the garden and make hefty leaps of satisfaction onto the settee…for whatever reason. We regard this as a major triumph as we weren’t sure whether Pippa would ever really grasp the concept of ‘being more dog.’ Pippa absolutely loves water and will happily wade through any and every puddle, pond and river.

Pippa no longer has any teeth. Her front teeth were completely worn down when she came to live with us and our vet said it was consistent with chewing at bars through boredom. She had half of her teeth removed in 2017 and the rest extracted in 2019 but she manages fine. Pippa will be twelve this year and she appears to be generally healthy and fit…with a good strong heartbeat, the vet told us. She’s certainly happy and we hope she’ll be able to enjoy many more years of contented bliss. 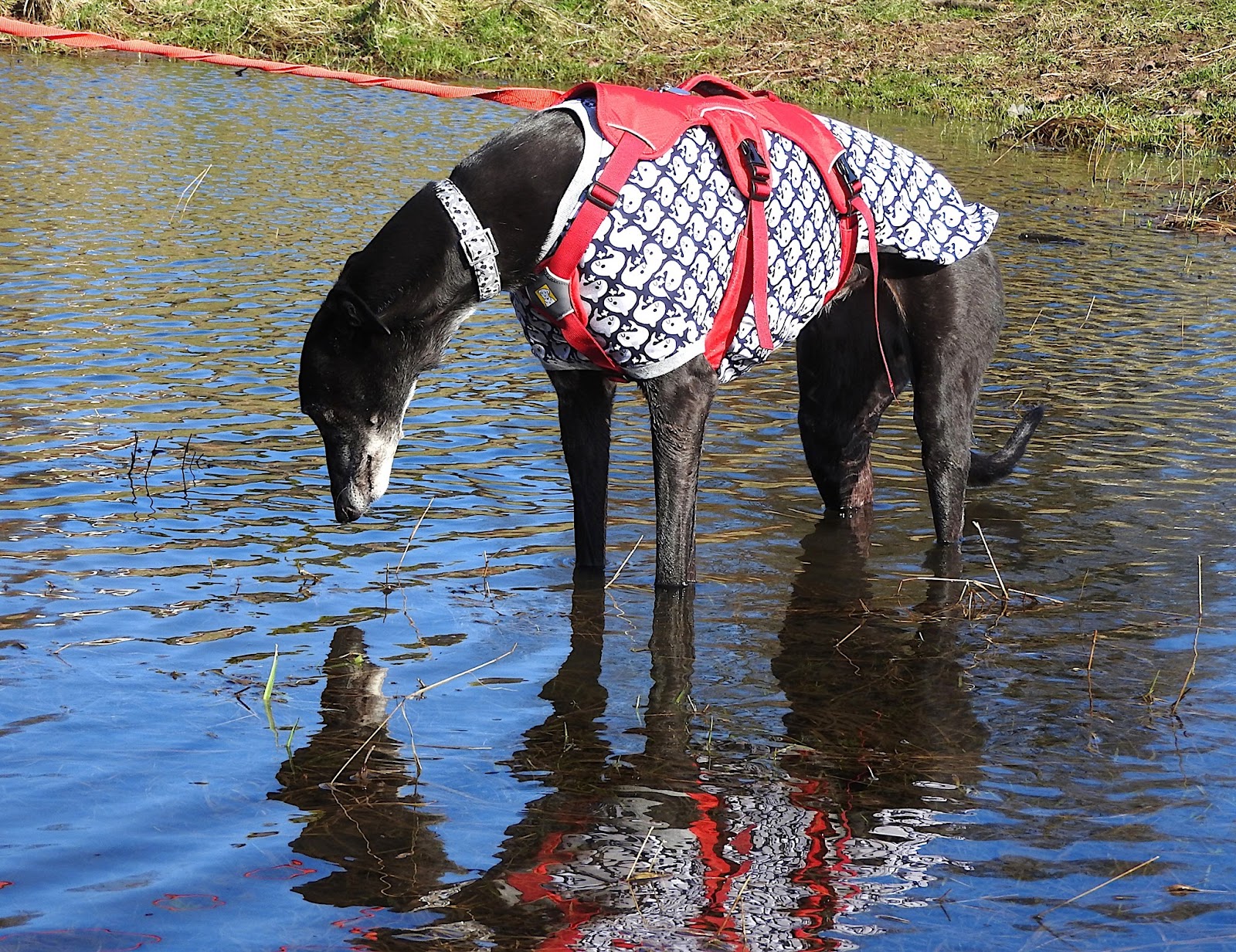 Find us on social